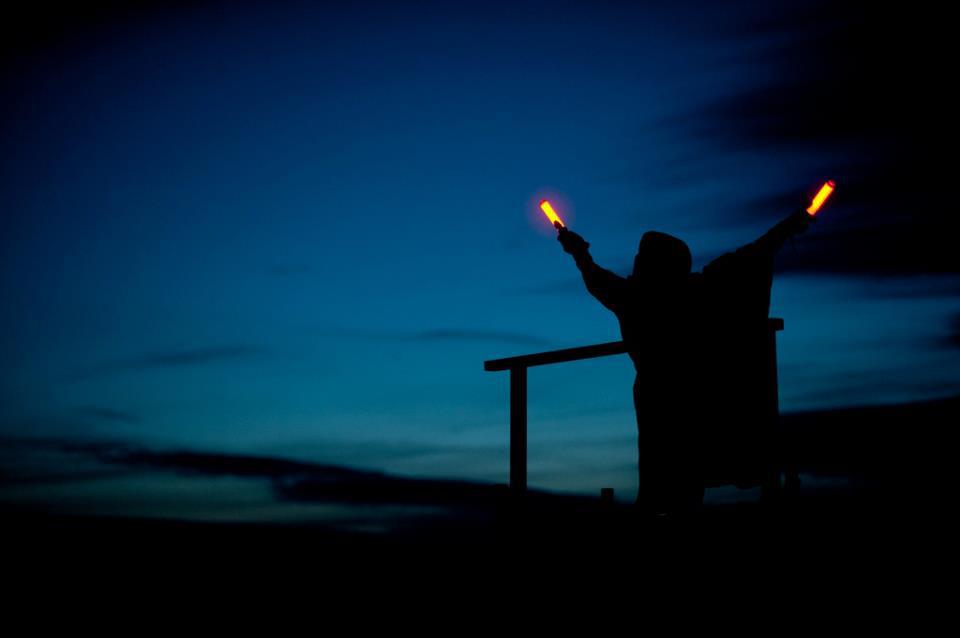 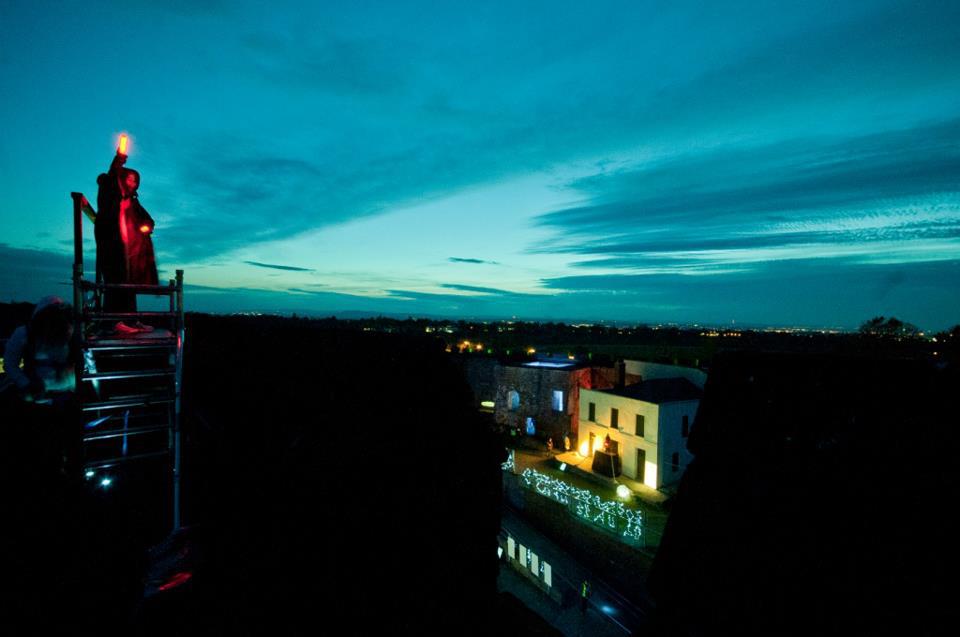 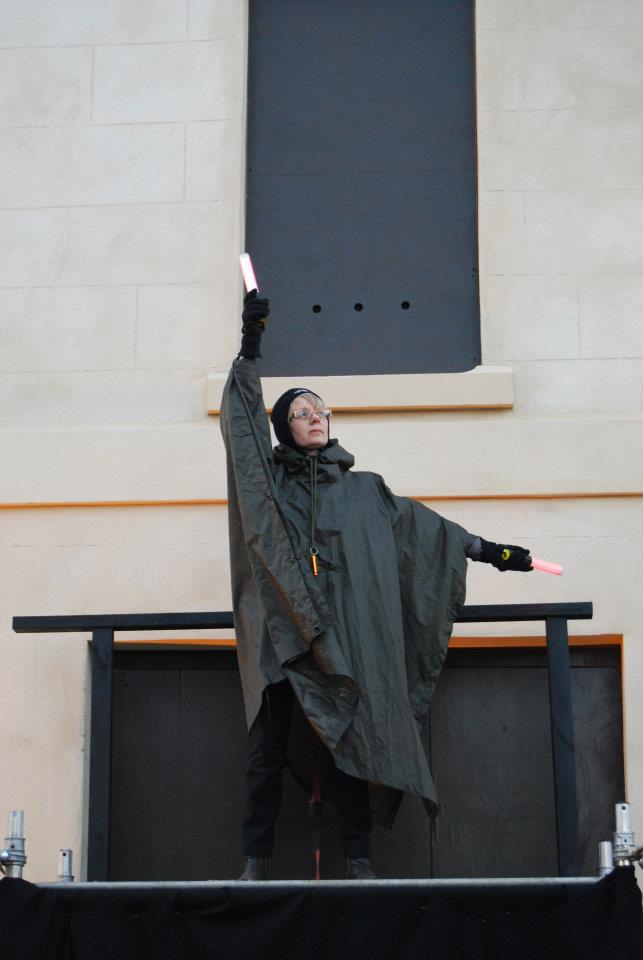 Based on significant events in Chester’s / Caerlleon’s / Cestria’s history and including cultural signifiers of national identity, Borderline Personality dramatised the power relationship between the English and Welsh communities either side of the border.  Drawing on the psychiatric diagnostic criteria for borderline personality disorder, the signalled dialogue was designed to address issues of identity, dominance, powerlessness and defensiveness.

Parley and semaphore (both derived during periods of war) were employed as visually powerful devices to create a critical but silent dialogue between the two performers as they attempted to reconcile different cross border identities.

Up the Wall, Chester Castle – part of Chester Performs, October 2011